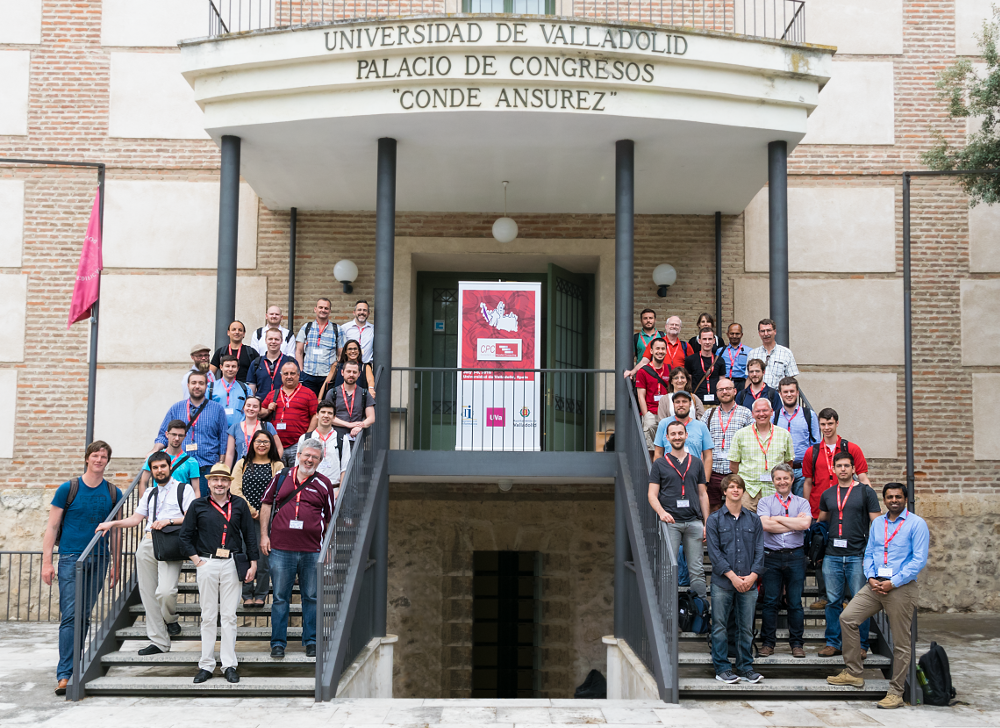 The CPC (Compilers for Parallel Computing) workshop is a venue for researchers in the area of parallel compilation to meet and present their latest research activities and results. The workshop is held in an informal and relaxed atmosphere in order to exchange ideas and to foster collaboration. The scope encompasses all areas of parallelism and optimization: in principle, any topic that is of interest to a designer of parallel systems and/or compilers is of interest for this workshop.

The 2016 workshop was held at the “Palacio de Congresos Conde Ansúrez” in Valladolid, and was a complete success. In addition with an inspiring techincal programme, a welcome reception was held on Wednesday 6th at the “Patio Herreriano” Contemporary Art Museum, and the Gala Dinner took place on Thursday 7th at the “Parrilla de San Lorenzo” restaurant. Please visit the Registration and Venue page for an interactive map and more details.

You can found more pictures of this event in our Instagram account. Many thanks to all the attendees to this event!

CPC is unusual: it’s a true workshop, with no published proceedings. Instead, it’s a meeting of international research specialists, to present research and exchange ideas.  There is no peer review – we simply aim to select talks that will make an interesting programme.  Talks can cover work that is in-progress, under review or already published.

The main goal of the workshop is to bring together researchers in compilation and associated areas, in an informal and relaxed atmosphere in order to exchange ideas and to foster collaboration. The scope encompasses all areas of parallelism and optimization, from embedded systems to large scale parallel systems and computational grids. Here is a representative list of topics: